[VIDEO] Vertical Farming, LEDs and the Flavor of Leafy Greens

A large climate cell with endless racks of microgreens illuminated with soft pink or white light works 24/7 to bring delicious microgreens to the kitchens of some of Amsterdam’s top restaurants. GROWx is one of Europe’s most known vertical farms and its offering of more than 20 microgreen varieties has quickly earned its spot within Amsterdam’s top 10% restaurants. At the moment it is only microgreens and only for the city of Amsterdam but the ambitions of GROWx’s founders are to re-invent agriculture for urban areas. ‘This revolution can’t come fast enough’ says the CEO and Co-Founder, Mr.John Apesos. 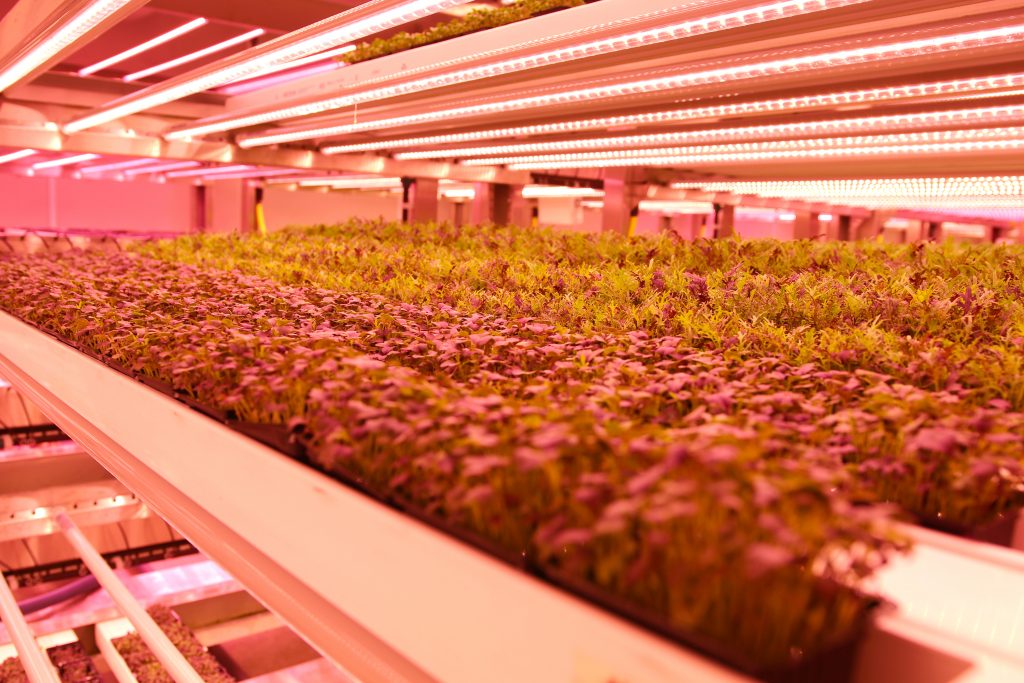 This high tech, futuristic looking environment is what the farming of the future could look like. Nevertheless, when it comes to the end customers, restaurant chefs and their patrons in this case, it is primarily about flavor and freshness. These microgreens go from the farm to the dinner plate in a matter of hours and according Mr.Apesos this is what keeps the flavors intense. The varieties include everything from the common pea-shoots to the more exotic ones like the borage crest. 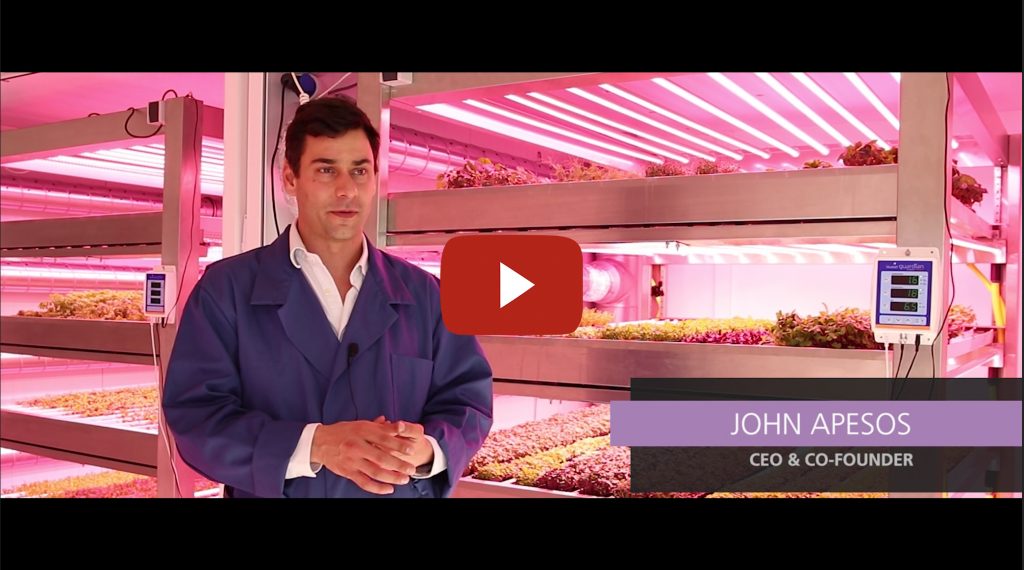 The GROWx vertical farm is fully equipped with Valoya’s LED grow lights. The primary spectrum used is the AP673L which has been optimized for the vegetative stage of plant development. This means that plants grown under this light will quickly develop biomass (stems and large, thick leaves) while flowering will be delayed or completely prevented making it ideal for microgreens and leafy greens in general. In a research conducted by Wageningen University and Democritus University the AP673L spectrum boosts the development of chicoric, rosmarinic and caffeic acids and other phenolic compounds making the plants more flavorful and nutrient dense1. The other spectrum is NS1, a sunlight replica spectrum, good for the entire growth cycle. Both spectra are wide and patented with a high CRI (Color Rendering Index) value meaning that plants and other objects look natural under them i.e. their colors look as they would under natural sunlight.