Time Heals Everything – Even Faster with LED Light

It is common practice in plant cultivation to cut two plants in half and combine the root of one, with the top of the other. With this invasive procedure called grafting we wound two plants in order to make one, far stronger in every way than the original two. Through grafting we combine two different genotypes into one plant and as a result grafted plants benefit from an increased biotic and abiotic tolerance, enhanced water and nutrient uptake and higher yields. Grafted plants became integrated into the commercial vegetable production for many greenhouse crops such as tomato (Solanum lycopersium), cucumber (Cucumis sativus), eggplant (Solanum melongena) or watermelon (Citrullus lanatus). The technique even allows to produce fruits from susceptible genotypes, which are unlikely to grow or survive. 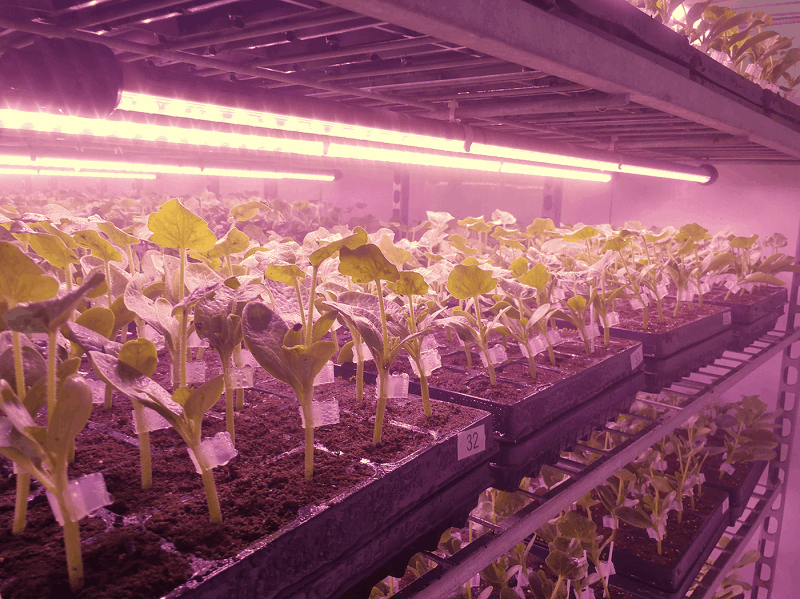 The two segments of the grafted plant are called scion (upper vegetative part), which is attached or grafted to the rootstock (lower part functioning as root system). Based on plant species and stem diameters of scion and rootstock you can choose from a wide range of different grafting methods. What they all have in common is that plants are wounded by removing roots from the scion (cut above cotyledons) and the shoot of the rootstock (cut below cotyledons). To create the grafted plant, the scion is placed on the rootstock. During the healing period rootstock and scion develop a functional vascular connection at the graft union.

Successful graft union formation is affected by genetic compatibility of grafted partners and environmental conditions. In general, high humidity (> 90%) and temperatures between 23-29°C are beneficial but must be adapted to plant species and rootstock cultivar. Survival rates could be significantly increased by artificial lighting, but only if temperature and humidity are maintained at target levels (Hu et al., n.d.). Therefore, Valoya L-series tubes have a huge advantage over traditional fluorescent tubes, because of their minimal heat radiation towards the plants enabling improved control of environmental conditions. Additionally, this is only possible with lamps that are humidity resistant and Valoya’s tubes have been IP67 rated meaning they could even be submerged under water. Recent studies reported the benefits of wide spectra, covering the PAR area like AP673L, on graft-take ratio and development of the vascular connection (Nguyen et al. 2014; Lee et al. 2016). After 1-2 weeks, depending on plant species and environmental conditions, the vascular system between rootstock and scion is established and grafted plants can be moved into greenhouses or distributed to customers. 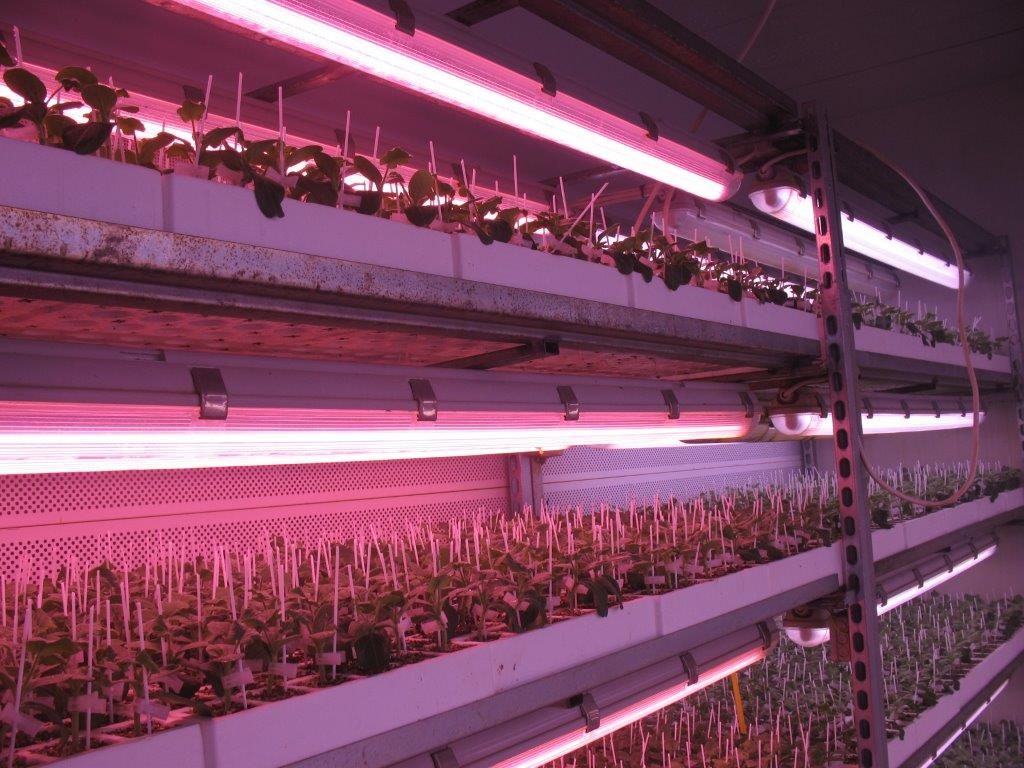