The Role of LEDs in Speed Breeding

Some of the most important crops for feeding the ever-increasing global population include wheat and barley. In order to meet the future demand, scientists have a task of finding ways to improve efficiencies in breeding these and other, similar plant species. Typically, more than 10 years  are needed to develop novel cultivars with an advanced agronomic performance.  On one hand it is because several generation cycles are required to obtain genetically stable lines from selected parent material  and on the other hand it is because we are limited in how many generation cycles we can carry out annually.

John Innes Centre scientists have found a way to reduce the amount of time needed for new cultivar development. They call it speed breeding and with it the time needed for one generation cycle is cut in half. They ran tests on wheat (Triticum aestivum), durum wheat (Triticum durum), barley (Hordeum vulgare), chickpea (Cicer arietinum), pea (Pisum sativum) and canola (Brassica napus). The findings show that it is possible to have up to 6 generations annually for the first five species listed and up to 4 for canola, as opposed to the 2-3 generations annually under normal greenhouse conditions. 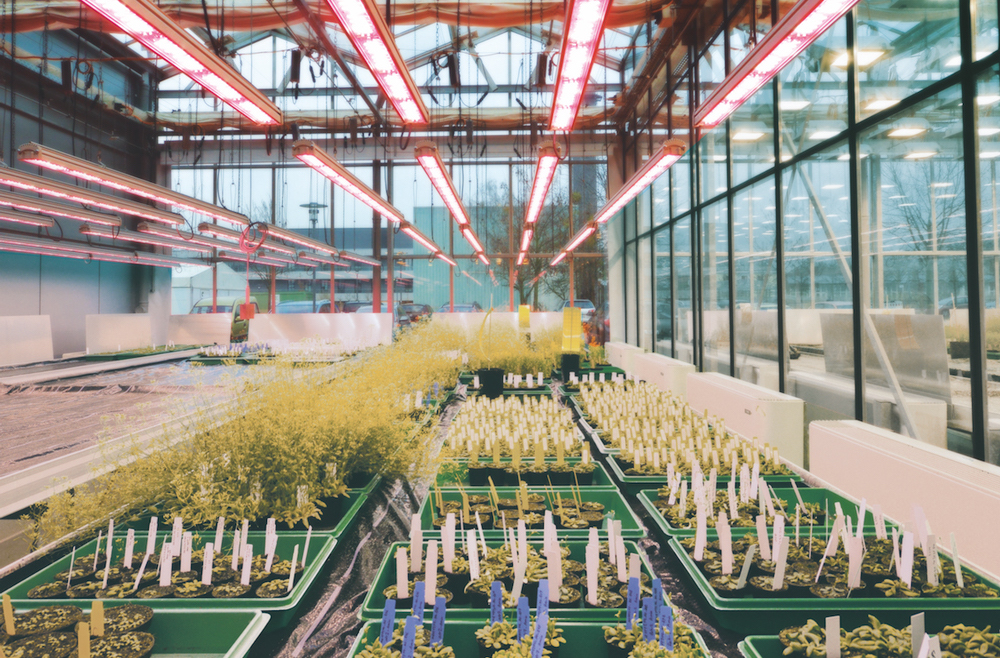 To achieve this, they used a controlled environment set-up with a light/dark period of 22/2 hours as opposed to the plants grown in greenhouses with no supplementary light. The plants subjected to the speed breeding conditions progressed to the flowering stage in approximately half the time of those in the greenhouse conditions. The 22-hour daily photoperiod was achieved by using LED illumination as a supplementary source of light. The spectrum in question is Valoya’s NS1, a patented wide spectrum that is a close replica of the wavelengths produced by the Sun on a clear sky day. Additionally, a Far-Red spectrum was used in combination with the NS1 so as to induce flowering. This is because a low R:FR (red : far red) ratio has been found to reduce the time to flowering in plant species such as wheat, barley, grain legumes and many others.

This approach will enable seed companies to significantly cut costs and to produce results faster. Implications could thus be significant for the global food production. It is important to note that the effect on seed quality and quantity was similar to the slower/conventional breeding cycles. Furthermore, it was possible to show that the phenotype for traits such as loss of awn suppressor, dwarf genes, reduced glaucousness or progression of fusarium could be recapitulated under the speed breeding conditions.

The full study is available here.

The official press release of the John Innes Centre is available here.