The Effect of LED Grow Lights on Human Health

The rapid increase in the use of LED technology for horticultural lighting applications has also raised discussions regarding the potential human health risks compared to legacy lighting solutions. This is somewhat due to the differences in visual appearance (colour and intensities) of the light in such applications.

At a high enough intensity, any type of light, regardless of the source has the potential to harm the eyes or skin through prolonged thermal exposure or photochemical effects of ultraviolet, blue light &/or infrared emissions. Shorter wavelength, higher energy blue light (400nm and 500nm) can cause retina damage through a combination of photochemical action and high intensity. Higher concentration light sources will provide more direct energy and a higher risk. For example, staring at a clear blue sky (scattered blue light) is a low risk, while looking directly at the sun can begin irreversible damage almost immediately.

Prolonged direct viewing of bright light sources must always be avoided, especially at short distances. In practice, nobody voluntarily spends any significant time looking directly at an intense light source. Common sense and the natural human instinctive aversion reaction (we instinctively shut our eyes or look away) means that prolonged direct exposure of the eye to a potentially damaging light source will be avoided.

Like other lighting technologies, LED grow lights must be checked for photobiological safety according to EN 62471 – the standard for photobiological safety of lamps and lamp systems. This includes thermal and blue light analysis in the spectral range is 200nm to 3000nm. EN 62471 exposure limit classifications represent conditions under which it is believed most people may be repeatedly exposed without adverse health effects. It should be noted that the classification only indicates potential risk. Depending upon use, the risk may not actually become a real hazard.

When it comes to human visual perception, what is often forgotten is that “traditional” light sources were never designed or intended specifically for horticulture applications. Historically, artificial light has always been optimised for human visual benefit. LED grow lights on the other hand are specifically designed for the benefit of plants and thus sometimes appear strange to human eyes. Valoya LED grow lights are true wide spectrum lights, meaning they contain bits of all colours from the spectrum, including outside the PAR area, just like the sun. Because of this they appear from white to soft pink which makes them pleasant to work under and makes identifying the colour of plants underneath them easy. A cheap alternative to that, which most LED manufacturers opt for, is using red, blue and white LED chips which result in a strong, piercing pink color, unpleasant to human eyes. In terms of health effects, Valoya LED grow lights are not blue dominant and are classified in the no-risk or lowest risk group.

The eye is a complex organ that naturally tries its best to compensate for varying lighting conditions, and LED grow light spectra may not always appear “natural” to humans. If lighting conditions for the human eye change (e.g. going from a LED lit growth environment to natural daylight), colour perception may be temporarily affected while the eye adjusts. This is natural and should not be misinterpreted as possible “damage” from exposure to LED light.

In conclusion it can be said that commercially available LED light sources (for horticultural or other applications) can be considered human safe when designed, installed and used in accordance with the applicable standards, regulations and manufacturer’s instructions. Overall, in terms of photobiological safety, LED grow lights have similar characteristics to those of any other lighting technology. 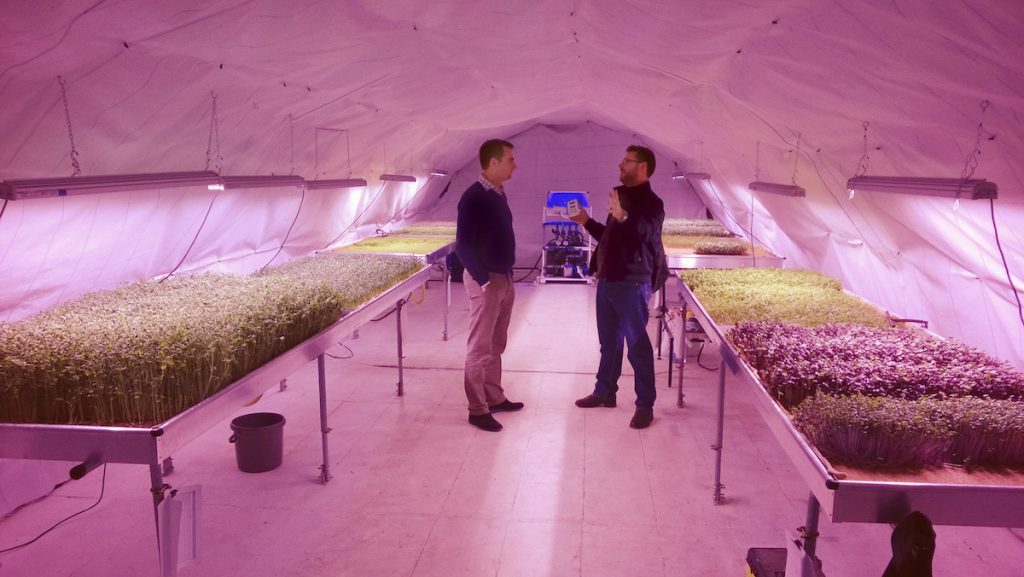