Spectrum Colors and Cannabis: What are the Effects of Each Light Color?

Different spectrum colors serve different purposes in the growth and development of the cannabis plant. Light, which is one of the most crucial factors in cannabis cultivation, comes in different colors. How does one know which spectrum to choose? Do we know how specific wavelengths shape our plants or affect their flower quality? Well – we know quite a bit, but a lot is still unknown. Here’s what we know so far. 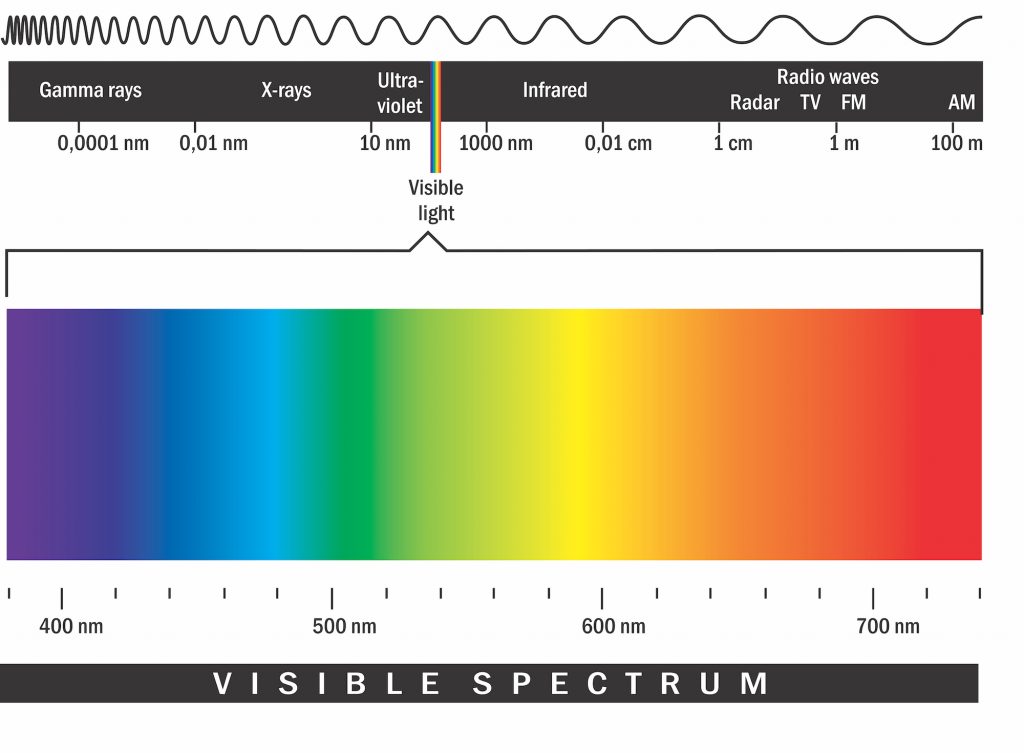 Effects of UV Light on Cannabis

There are certainly a lot of stories, myths, and rumors about UV. Valoya’s research efforts in this field combined with data from scientific literature should help growers better understand what UV does to cannabis.

The effect of UV on cannabinoids was first presented in an academic paper by Lydon et al. 1987. Lydon and his team concluded that UVB increased the floral THC concentration, however other cannabinoids were not affected by the UV exposure. Note that this paper talks about UVB (280-315nm) which is very intense radiation and typically not used in horticultural lighting.

How Does Cannabis React to UV?

In some horticultural light spectra, such as the Valoya NS1 and Valoya Solray385, the type of UV used is UVA (radiation between 315-400 nm). A little bit of UVA creates gentle stress that drives the plant to develop better defense mechanisms – cannabinoids.

However, a little too much and we will stunt the plant’s growth and it will underperform. Valoya has tested UVA LED chips of different peak wavelengths to find the sweet spot where we get maximum cannabinoid output, without harming the plant’s natural processes.

According to our studies, we can optimally increase the floral and leaf cannabinoid concentrations in cannabis by using the 385 UVA wavelength. Note that, even though this is actual UVA light, that it is very mild and would not have adverse effects on humans exposed to it.

Read about the effects of LED lighting on human health here.

In simple terms, this balanced amount of high energy irradiation ‘toughens the plant up’ i.e. gets it to produce the precious cannabinoids which help it stay protected from abiotic stress. Growers use various other techniques such as light deprivation prior to harvest to achieve the same output. Another good outcome of high energy radiation is that some pathogens cannot withstand it.

To our understanding there are only two or three other LED manufacturers that use UV in their horticultural lighting. The reason most stay away from it is that it requires making the luminaire from highest quality materials in order for it to be able to produce UV light consistently and long-term.

To see a comprehensive breakdown of our UVA experiments, listen to our webinar, free-of-charge. For a shorter overview, read our blog post on the UV light for cannabis. 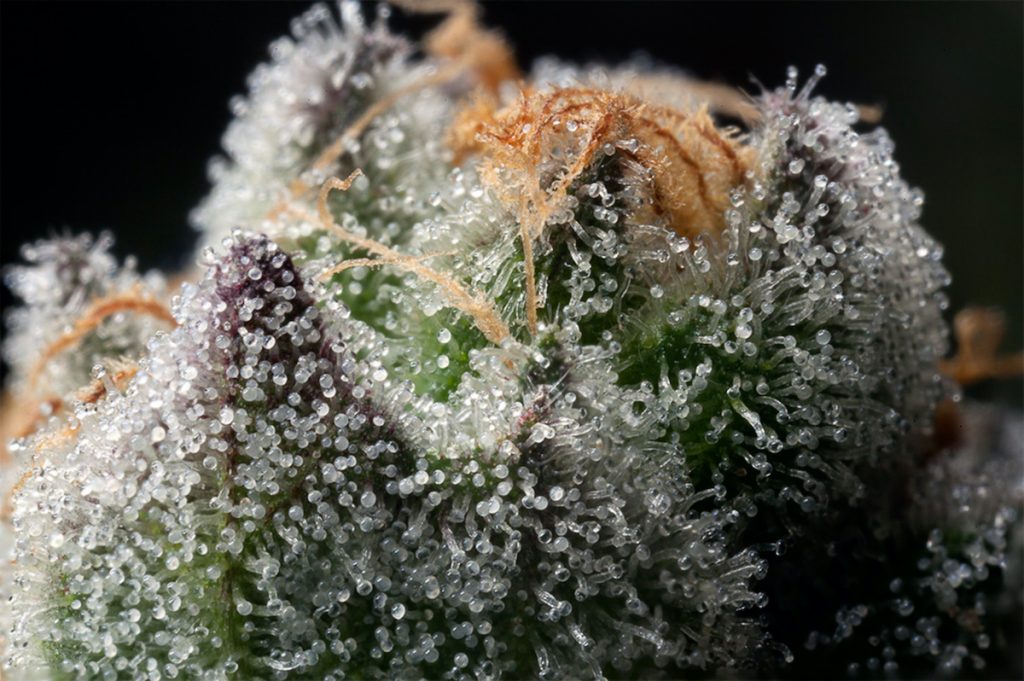 Effects of Blue Light on Cannabis

Blue light has many similar effects as the UVA light. Blue photons however carry less energy compared UV, therefore the responses of blue can be milder than those of UV.

However, blue light has been shown to increase cannabinoid concentrations, especially THC, as demonstrated in the article by Magagnini et al. 2018. This was the first article to compare the differences between LEDs and HPS on cannabis growth and flower quality.

Due to their bluish spectrum and the compactness this creates, traditional MH (metal halide) lamps have been popular for the vegetative phase. Chlorophylls absorb blue light efficiently and the plant can use the energy coming from blue photons in photosynthesis, making blue light very beneficial for the total yield output.

A typical, pink LED light is a combination of a high amount of red and a scarce amount of blue. Similarly to UV, blue LED chips are more costly. But blue light is crucial for good development of the cannabis plant.

Effects of Green Light on Cannabis

Not many studies can be found about the effect of green light on cannabis growth or metabolism. However, if one reads carefully, there are clues and data available even from the very early papers.

Mahlberg and Hemphill (1983) used colored filters in their study to alter the sunlight spectrum and study green light among others. They concluded that the green filter, which makes the environment green by cutting other wavelengths out, reduced the THC concentration significantly compared to the daylight control treatment.

It has been demonstrated that green color can reduce secondary metabolite activity with other species as well. For example, the addition of green to a light spectrum decreases anthocyanin concentration in lettuce (Zhang and Folta 2012).

If green light only reverses the biosynthesis of some secondary metabolites, then why put green light into a growth spectrum at all? Well, there are a couple of good reasons. One is that green penetrates leaf layers effectively. Conversely red and blue light is almost completely absorbed by the first leaf layer.

Green travels through the first, the second, and even through the third layers effectively (Figure 2). Lower leaf layers can utilize green light in photosynthesis and therefore produce yields as well.

The Appearance of the Spectrum to Human Eyes

The second good reason to include green and yellow wavelengths is because their addition to red and blue light results in a spectrum that appears white to human eyes. A full spectrum, containing all wavelengths creates a better working environment for people and makes it easier to detect pests, pathogens, and nutrient deficiencies. On top of that, it is nicer to work surrounded by white light, such as office space illumination, rather than the piercing pink link that most LEDs produce.

Want to know more about green? Read our ‘Why You Shouldn’t Dismiss Green Light’ blog post!

Effects of Red Light on Cannabis

How about red then? We know that red is used efficiently in photosynthesis, but is it good for anything else?

In many species the red to far-red ratio is one of the most crucial factors determining the plant morphology, flowering and even germination. When it comes to cannabis, the R:FR ratio has not been shown to influence the flowering time (Magagnini et al. 2018), but its effects on morphology can be demonstrated.

In conditions, where the amount of red is low compared to the far-red irradiation, in other words, in low R:FR ratio conditions, cannabis plants turn out to be taller (Magagnini et al. 2018). This can be detected from very early on with stem and petiole elongation (Figure 3). An elongated plant, which has not received enough red light in relation to far-red, is weaker and therefore not able to carry high flower yields. 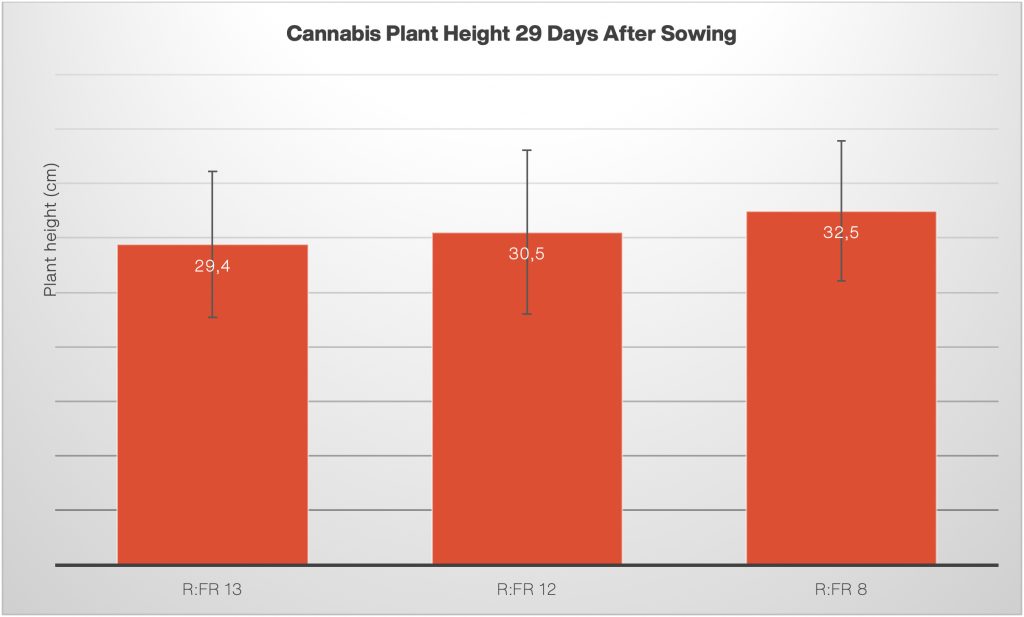 Figure 3 Cannabis plants grown under three different light spectra with varying R:FR ratio. The spectrum with the highest amount of red in relation to far-red was the shortest.

Red LED chips are some of the cheapest available as they have been around for a long time and typically used in TV remotes and similar uses as a signal light.

A fit-for-use spectrum that is based on solid plant biology research can however take the plant further. The difference may be in few percent of cannabinoids, but those few percent may make the difference between the market leader and follower.

Far-red (FR) is another hot topic in the internet discussions amongst professionals and hobby growers. The hard science evidence is still scarce, and a lot of myths go around claiming that far-red would do miracles to your crop. Here is what it really does.

In nature, presence of far-red and a low R:FR ratio give the plant a clue, that it is standing in the shadow of another plant and should thus allocate its energy into stem elongation in order to grow taller and get access to more sunlight.

The elongation of stem is something that many growers try to avoid, therefore it is wise to choose a spectrum with a high R:FR ratio, meaning that the portion of red in relation to far red is high.

On the other hand, a spectrum rich in far red could be more suitable for mother plant cultivation, if we desire longer cuttings, as suggested by Campbell et al. (2019).

Far-red has also been shown to affect the plant defense mechanism by downregulating some secondary metabolite pathways and thus making the plant more susceptible to herbivores and pathogens (Ballaré 2014).

What if far-red is only given at the end of the day for a short period of time, as an End-Of-Day (EOD) treatment? In Valoya’s in-house experiments, EOD FR treatment increased the stem and petiole length significantly, but no evidence of significant yield increase was found.

Other short-day plants, such as Poinsettia, have also been reported to grow taller when given EOD FR compared to other EOD light treatments (Islam et al. 2014), but no effect in speeding up the flowering has been found. 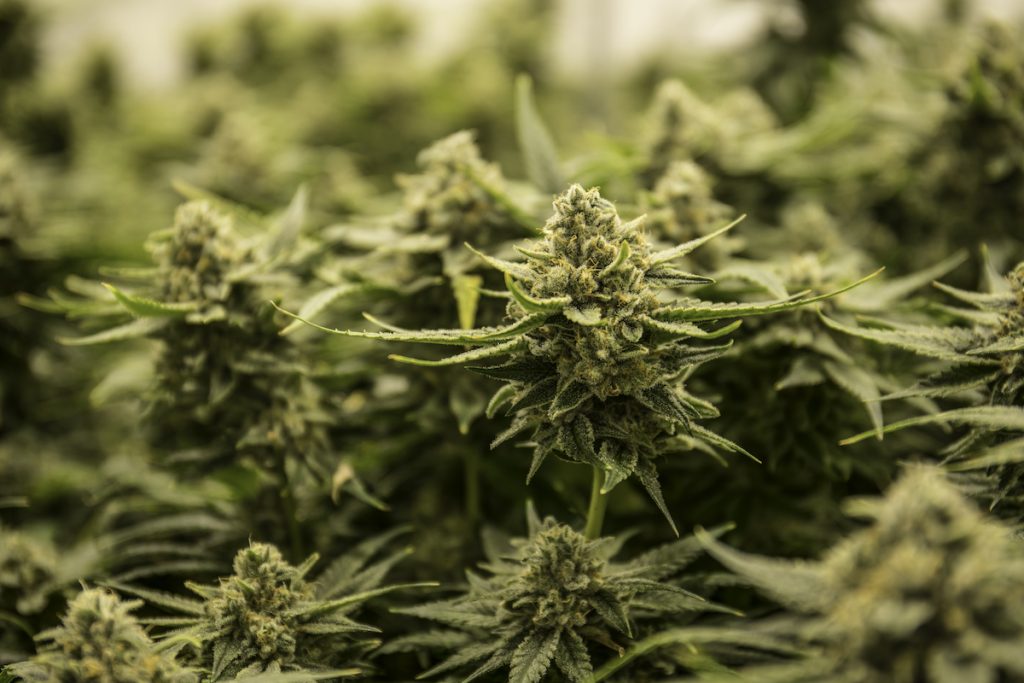 How to Choose the Best Spectrum for Cannabis Cultivation?

The question still remains. All spectrum wavelengths / colors are important and serve specific morphological, developmental and chemical actions in plants. Therefore, it is wise to choose a spectrum which would contain all wavelengths from the UV to the far-red, however, keeping in mind that well balanced ratios achieve the best growth results.

There is no simpler way to digest this so that growers can make decisions based on which R:FR ratio or which amount of UV is just right. It is best to request solid data from your LED provider where they can demonstrate how well their spectra perform in comparison against other LED spectra available on the market and HPS. And if independent studies have reached the same conclusions , then you may have found your lighting partner.

In a market with over 100 LED providers, data should speak louder than any other kind of claim.