Faster flowering can result in significant savings and better profitability for plant breeders. Various conditions can affect the flowering speed, but the quality of the light spectrum is probably the most important. It is well known that the ratio of red:far red (R:FR) color from the light source, be it sunlight or a lamp acts as a trigger leading to the flowering response in plants.

A group of scientists from the University of Western Australia’s Centre for Plant Breeding and Genetics have studied the connection between light quality and initiation of the floral response in early and late flowering genotypes of 5 species: pea, chickpea, faba bean, lentil and lupin. The five species were treated by LED grow lights, metal halide lights and natural outdoor light while other conditions such as temperature were controlled and made identical among the groups. 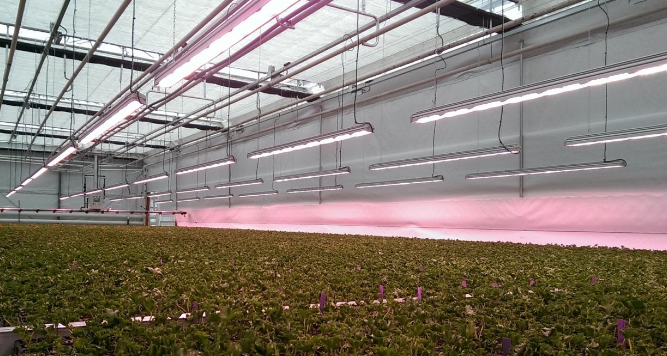 The findings for all species and their genotypes show a positive flowering response to a decreasing red:far red ratio (R:FR). What this means is that when the amount of far-red increases in relation to red light, the plant receives a signal which encourages it to produce flowers and seeds. In addition to the R:FR ratio, the researchers concluded that the total amount of far-red itself also impacted the time of flowering when the R:FR was below 3.5. This was most evident in late flowering genotypes, in which the flowering response could be enhanced by 14-21 days with the correct R:FR ratio and total far-red irradiation.

The LED grow lights used in the experiment are by Valoya from Finland. The particular spectrum used is Valoya’s AP67 which is a spectrum optimized for both strong vegetative growth and early flowering of several species.