Is UV Light Important for Cannabis?

UVA light has been shown to increase secondary metabolite activity in many plants, and this is also the case with cannabis. The most important secondary metabolites from a cannabis grower’s perspective are cannabinoids such as THC and CBD, as well as terpenes which give cannabis its distinctive aroma. Short wavelength irradiation, such as UVA and blue light, trigger the plant’s stress response system and the plant starts to protect itself from the abiotic stress i.e. short wavelength irradiation. Increased stress level results in increased metabolite activity and therefore higher THC accumulation in flowers, when compared to light sources lacking UVA or blue light (Magagnini et al. 2018). 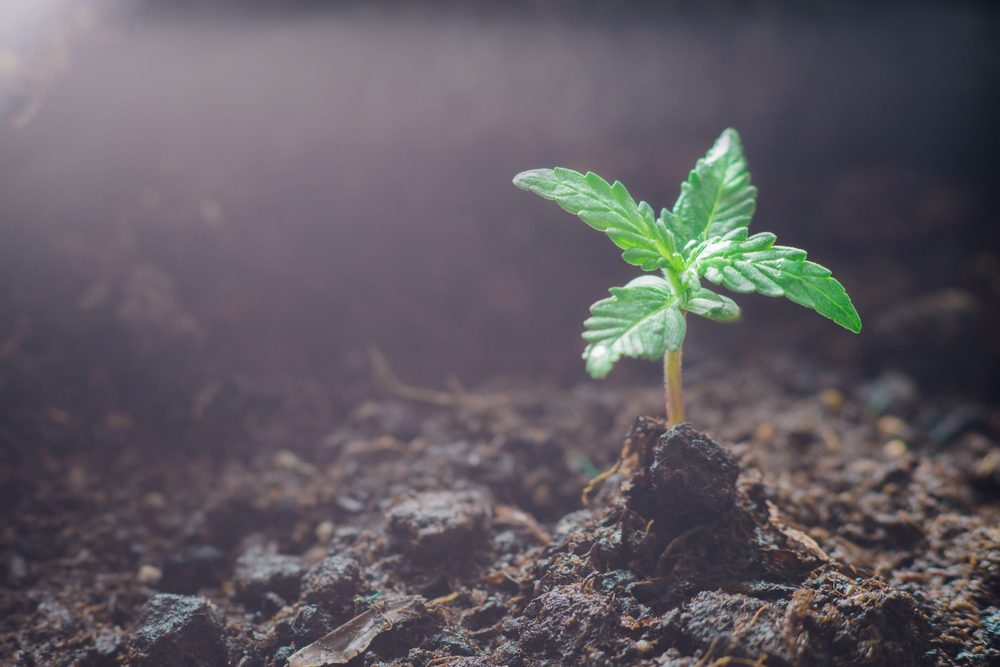 As plants cannot move, they read signals about their surroundings from temperature, light spectrum, soil moisture content, etc. Short wavelength irradiation, such as blue and UVA light give the plant a signal that it is under a clear sky without competition from the neighboring plants. A no-competition environment indicates that the plant it is in no hurry to re-produce (make seeds) or stretch towards light. Plants which are grown under rich blue and UVA spectrum often have short internodes, small leaf area, and thick leaves. These responses can be reversed by green or far-red light, which induce shade-avoidance-syndrome symptoms such as stretching of the stem, increased leaf area, and enhanced flowering. Therefore, by adjusting the amount of blue and UVA in the light spectrum into a perfect balance in relation to other wavelengths, we can manipulate the size and biomass accumulation.

Perhaps it then comes as no surprise that in the nature, the most potent cannabis plants are typically found on high altitudes of mountain regions. In such areas plants have unobstructed access to an abundance of clear sunlight whose spectrum is higher in UV wavelengths than at lower altitudes.

As pointed out earlier, UVA increases the metabolite activity, such as elevated THC or terpene content in flowers, however the grower can benefit from the increased secondary metabolite activity in other ways as well. A plant which is mildly stressed by the UVA irradiation, constantly produces secondary metabolites, such as antioxidants and phenolic compounds, so as to protect itself down to cell level from the abiotic stress. These secondary metabolites protect the plant not only from light irradiation, but also from pathogens and pests. The result is a compact plant with increased THC concentration, and it is furthermore stronger against fungal pathogens, such as Botrytis (Kim et al. 2013) and pests. UV light has also been shown to directly decrease fungal pathogen growth by inhibiting sporulation. However, more studies are needed to better understand the exact effects of UVA and UVB on the most common pests and fungi.

To listen to a free webinar on the effects of spectrum on cannabis, click here.

Adding a UVA or UVB lamp to your grow is potentially dangerous as UV light is strong and can damage the plants, workers exposed to it and even the plastic benches that hold the plants. A small excess in UV can inhibit plant’s development and eventually destroy it. It is thus important to get UV enriched spectra from companies that have a proven track record in photobiological research and who are willing to share their research data.

Since 2015 Valoya has been conducting plant research experiments about the spectral effects on the cannabis plant growth and metabolism. The Solray™ spectrum is a result of all these efforts and has been designed to produce a compact cannabis plant with high biomass which then enables high flower yields with increased cannabinoid and terpene saturation. How can one spectrum do all of this? Part of the explanation is that Solray™, unlike other horticultural LED spectra also contains UV irradiation. Almost every other LED spectrum for cannabis available in the market is a variation of plain office space illumination and does not go outside the 400-700 nm range. Constructing a spectrum with shorter wavelengths is more costly and requires more know-how but will eventually help growers bring superior cannabis products to the market.

To read more about the Solray™ spectrum, click here.

This page contains information about cannabis.

Valoya sells LED grow lights for the cultivation of medical plants (e.g. Cannabis sativa) only in those countries where it is legal to do so and only to those customers who are in possession of appropriate cultivation licences, as defined by local laws.